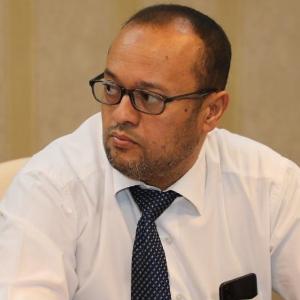 Department of faculty of Agriculture

KHALED ELBEYDI is one of the staff members at the department of 11 faculty of 3. He is working as a since 2016-07-13. He teaches several subjects in his major and has several puplications in the field of his interest.

Climate variability is considered as the most serious challenge threatens the ecosystem, whether in developing or developed countries. Climate variability affects the agro ecological and growing conditions of crops and livestock that may add significantly to the development challenges of ensuring food security and reducing poverty. In this study, the climate data for the period (1945-2010) was investigated to determine the manifestation of climate variability in the northwest of Libya and its effect on agriculture. The results indicate that the drop in rainfall volumes and irregular distributed over the season and temperature increasing over the study period are the most important consequences of climate variability in Libya, which has a negative influence on the country’s agriculture sector. Time trend of rainfall and temperature were analyzed and the impacts of climate change on agriculture were discussed. Moreover, Pairwise Granger causality test analysis were used to examine the causal relationship between climatic conditions in Libya. The results further indicate that there is an unidirectional relationship existed between changes in temperature and the production of dates and tomatoes, and unidirectional causality runs from rainfall to onion, potatoes olive and ground peanut.
Nagib M. said Froja, Khaled R. Elbeydi(12-2016)
full text Publisher's website