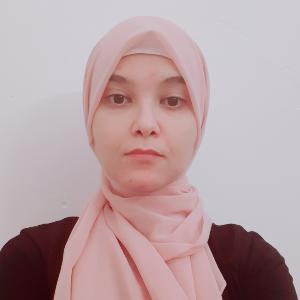 Reclaimed asphalt pavement is used as an aggregate in the cold recycling of asphalt paving mixtures. The more common method involves a process in which the asphalt pavement is recycled in-place (cold in-place recycling), CIPR. Where the reclaimed asphalt pavement is combined without heat with foamed bitumen and cement and mixed at the pavement site, at full- depth to produce a new cold mix end product. There are no universally accepted structural coefficient values for cold in-place recycled mixes (CIPR). Even though, the structural capacity of CIPR mixes considered equal to that of conventional cold mix paving material, it is not the structural is equivalent to hot mix asphalt (HMA), but is superior to gravel or crushed stone base course. The structural layer coefficient is used to calculate the structure number (SN) needed for the design of layer thicknesses. In this study, the maximum vertical compressive strain on the top of the subgrade layer was used to calculate the equivalency factor and the structural coefficient. By using the KENLAYER; the elastic layered program, the subgrade compressive strains were calculated for the typical pavement system commonly used for the major highways in Libya to get the thickness of FDR layer that would give the same compressive strain as six inches (150 mm) HMA. The thickness equivalency was taken as the ratio of the thickness of the FDR layer to that of the HMA layer of six-inch (150 mm). This was done for different FDR modulus values and different mean annual air temperatures (MAATs) which imply different resilient modulus values of HMA. As a result a relationship was developed between FDR modulus and FDR structural coefficient for various MAATs which are considered as the upper bound structural coefficient values. The conservative equation: MR= 30,000(ai/0.14)3 is considered as the lower bound values of structural coefficient. A reasonable single structural coefficient value could be specified within the specified range based on the levels of experience and quality control. A case study is used to verify the developed procedure for the design of pavement structural systems with FDR layers. arabic 7 English 51
Haifa Ali Ragab Abuhaliga(9-2014)
full text Publisher's website