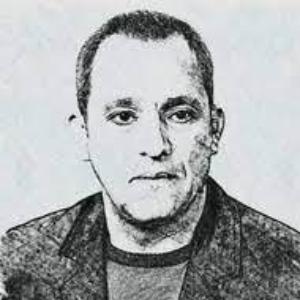 DOGMATISM AND ITS IMPACT ON LIBYAN THEATRE

Theatre is an art related to the current, collective mental operations, phenomenon governing its community tracks and relationships and its individuals belief systems and directly – to regimes nature, ideology, beliefs and community values common in human communities whether in Europe or Arab communities, according theatre was characterized by multi trends and schools that were, in a form or another a result of organization or system of values and beliefs common in these communities. When Europe fell under church's sovereignty and religious control in its lagging ages, Galileo and other scientists were not the only victims of dogmatic mind of Pious men who contested every opinion disagreeing with their religious belief considered by some as unerring, theatre was forbidden, because they felt that it might affect their postulations and destroy their fortified belief, for that theatre was forbidden as disagreeing with church values and believes, western churches called for depriving Christian actors and actress of ritual practice and evicted them from church, kings and empires allied with church regarding forbidding acting, this position continued till the 16th century. Theatre collision with dogmatic values and beliefs organization was not limited to Europe in its lagging ages, rather theatre conflict with belief non flexibility extended to non flexible beliefs of human communities with all their cultures, races and ideologies and all religions and beliefs all over the theatre history, yet the main difference was in degree of unity of dogmatic fanaticism between one community and another, and one regime and another a phenomenon unlimited to a certain field, but extends to all political, economic, social, cultural and technical areas. Dogmatic mentality is common in our Arab communities and may take more acute and extremist form compared to another communities, if considering its effects on most of Arab communities, and Arab communities reaching to losing coexistence factors and accepting the other whether at religious, political or social level, some thinker believe that this phenomenon was aggravated and became one of the most important Arab mind restrictions towards development and creation due to subjection to mental and belief non flexibility. The common religious or political belief is having the absolute fact and every party pretends to be absolutely right, and that its values and beliefs are indisputable and that any different trend is mistaken, and according to the same strength through which dogmatic is cleaving to its ideology constituting its belief organization, it, by the same mental strength refuses any other or different ideology.
Mohamed M Eghmea(1-2017)
Publisher's website

Dogmatism and its Impact on the Libyan Theatre