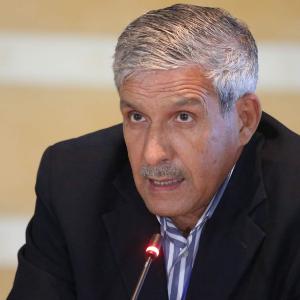 The changing interactions between Libya and the Maghreb: bilateral versus multilateral engagement

The starting point of this article relates to one of the prevailing arguments in the relevant literature, according to which tensions across the Arab world, in general, and the Maghreb, in particular, are largely due to increasing Islamic fundamentalism and levels of democratisation. Conversely, the following historical account reveals the multiple strategies pursued by countries at the interface of bilateral and multilateral initiatives. In order to understand trends in inter-state relations across the Maghreb until 2010, a nuanced discussion on the changing modes of interaction is warranted. Against this context, the article addresses two questions: First, to what extent are bilateral relations being superseded by multilateral arrangements? and Second, what explains either these possible changes or the persistence of bilateral arrangements? The article argues that, in the face of the rising prominence of multilateral forums, substantive political and economic arrangements have been settled mainly at the bilateral level. On the one hand, the large bulk of cooperative arrangements are dealt with on a state-to-state basis. On the other hand, the rise of Islamic fundamentalist movements in the Arab world has facilitated the improvement of coordination in the Maghreb, specifically in domestic security matters.
Ahmed Ali Salem AL-ATRASH(6-2011)
Publisher's website