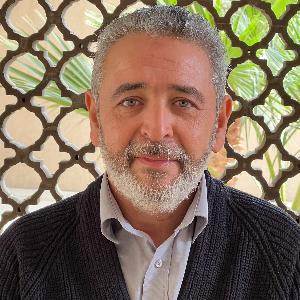 The objective of this paper was to compare two approaches to land suitability evaluations, Fuzzy MCDA and Boolean, to model the opportunities for sorghum production in the north-western region of Jeffara Plain, Libya. In this paper a number of soil and landscape and climate criteria were identified and their weights specified as a result of discussions with local experts. The Fuzzy MCDA approach was found to be better than the Boolean approach. Boolean logic indicted that the study area has only four suitability classes (highly suitable, moderately suitable, marginally suitable and currently not suitable). In contrast, the results obtained by adopting the Fuzzy MCDA approach showed that the area of study has a greater degree of subdivision in land suitability classes for sorghum. The richer overall picture provides an alternative type of land suitability evaluation to Boolean approaches and allows subtle variations in land suitability to be explored. Index Terms—Fuzzy, MCDA, boolean, uncertainty.
Mukhtar Mahmud Elaalem(8-2012)
Publisher's website

Boolean approaches to land suitability treat both the spatial units and the value ranges as clearly defined. This is to ignore the continuous nature of land properties as well as the differences and uncertainties in measurement. The objective of this paper was to compare two approaches to land suitability evaluations; Parametric and Fuzzy Multi-Criteria Methods to model the opportunities for olive production in Jeffara Plain of Libya. In this paper a number of soil and landscape criteria were identified and their weights specified as a result of discussions with local experts. The Fuzzy MCE approach was found to be better than the parametric approach. The Fuzzy MCE approaches accommodate the continuous nature of many soil properties and produce more intuitive distributions of land suitabilities value for olive. The results of Fuzzy MCE showed that the majority of the study area is highly suitable for olive production, while the results obtained from the use the parametric method showed that most of the study area is moderately suitable for olive production.
Mukhtar Mahmud Elaalem(1-2013)
Publisher's website

This article compares two fuzzy approaches to land suitability evaluations, Analytical Hierarchy Process (AHP) and Ideal Point. The methods were evaluated using a case study which models the opportunities for wheat production under irrigation conditions in the north‐western region of Jeffara Plain, Libya. A number of relevant soil and landscape criteria were identified through a review of the literature and their weights specified as a result of discussions with local experts. The results of the Fuzzy AHP showed that the majority of the study area has membership values to the set of suitability between 0.40 and 0.50, while the results of the Ideal Point approach revealed most of the study area to have membership values between 0.30 and 0.40. While the Fuzzy AHP and Ideal Point approaches accommodate the continuous nature of many soil properties and produce more intuitive distributions of land suitabilities values, the Fuzzy AHP approach was found to be better than Fuzzy Ideal Point. This was due to the latter's tendency to be biased towards positive and negative ideal values
Mukhtar Elaalem, Alexis Comber, Pete Fisher(6-2011)
Publisher's website

Multilayer Artificial Neural Networks (ANNs) with the backpropagation algorithm were used to estimate the decrease in relative saturated conductivity due to an increase in sodicity and salinity. Data from the literature on the relative saturated hydraulic conductivity measured using water having levels of sodicity and salinity in different types of semiarid soils were used. The clay content of these soils is predominantly montmorillonite. The input data consisted of clay percentage, cation exchange capacity, electrolyte concentration, and estimated soil exchangeable sodium percentage at equilibrium stage with the solution applied. The data was divided into three groups randomly to meet the three phases required for developing the ANNs model (i. e. training, evaluation, and testing).The activation function selected was the TANSIG layer in the middle, while the exit function was the PURELIN layer. The comparisons between the experimental and predicted data on relative saturated hydraulic conductivity during training and testing phases showed good agreement. This was evident from the statistical indicators used for the evaluation process. For the training phase, the values of mean absolute error (MAE), root mean square error (RMSE), the correlation coefficient (r) and the determination coefficient (R2) were 0.08, 0.13, 0.91, and 0.83, respectively. The performance of the ANNs model was evaluated against a part of the data selected randomly form the whole set of data collected (i. e. data not used during the model testing phase). The resultant values for MAE and RMSE, r and R2 were 0.12, 0.16, 0.82 and 0.68, respectively. It should be noted that many factors were not considered, such as soil pH, type of clay, and organic matter, due to the limitations of the data available. Using these factors as input in ANNs might improve model predictions. However, the results suggested that the ANNs model performs well in soils with very low levels of organic matter.
Younes Daw Ezlit, Ahmed Ibrahim Ekhmaj, Mukhtar Mahmud Elaalem(5-2014)
full text Publisher's website